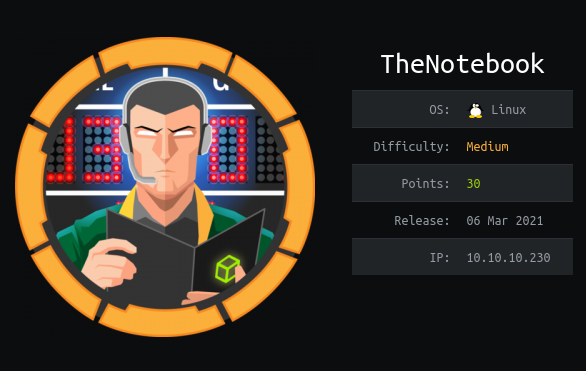 The Notebook, a linux medium difficulty box was created by Hackthebox user mostwanted002.Initial Foothold of the box was using our own key server and forging the auth (JWT) token and pointing the kid to be a remote kid and getting admin capabilities. which gave us access to an admin panel which have upload feature, using which we can get a reverse shell as www-data. Lateral movement to noah was easy it was about finding the backup of user home folder which contained the private key of user using which we can ssh to the user. After getting enumerating the box we see (ALL) NOPASSWD: /usr/bin/docker exec -it webapp-dev01* which means we can exec into a pod. enumerating more and google around escaping docker container we see we can do that using a CVE CVE-2019-5736 using which we get root on the box.

Opening the web we see a initial home page as

and we check register and login

lets register and check the service

and successful Registration we see a JWT token.

so placed the token in jwt.io 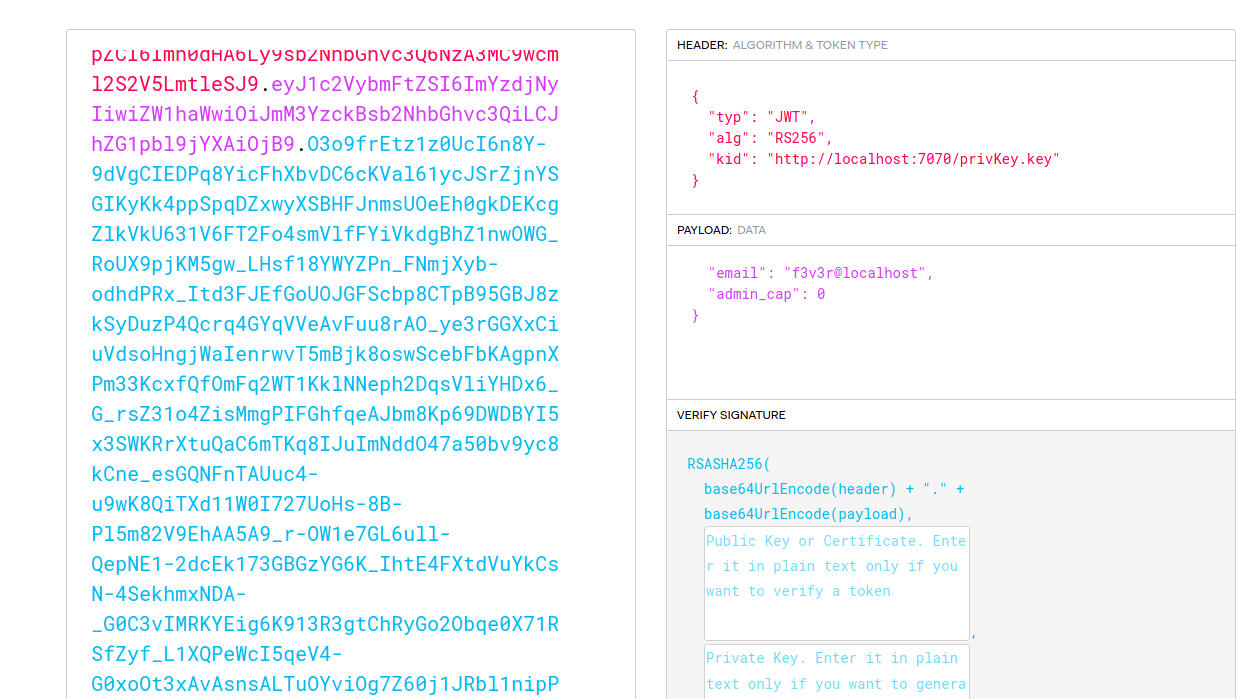 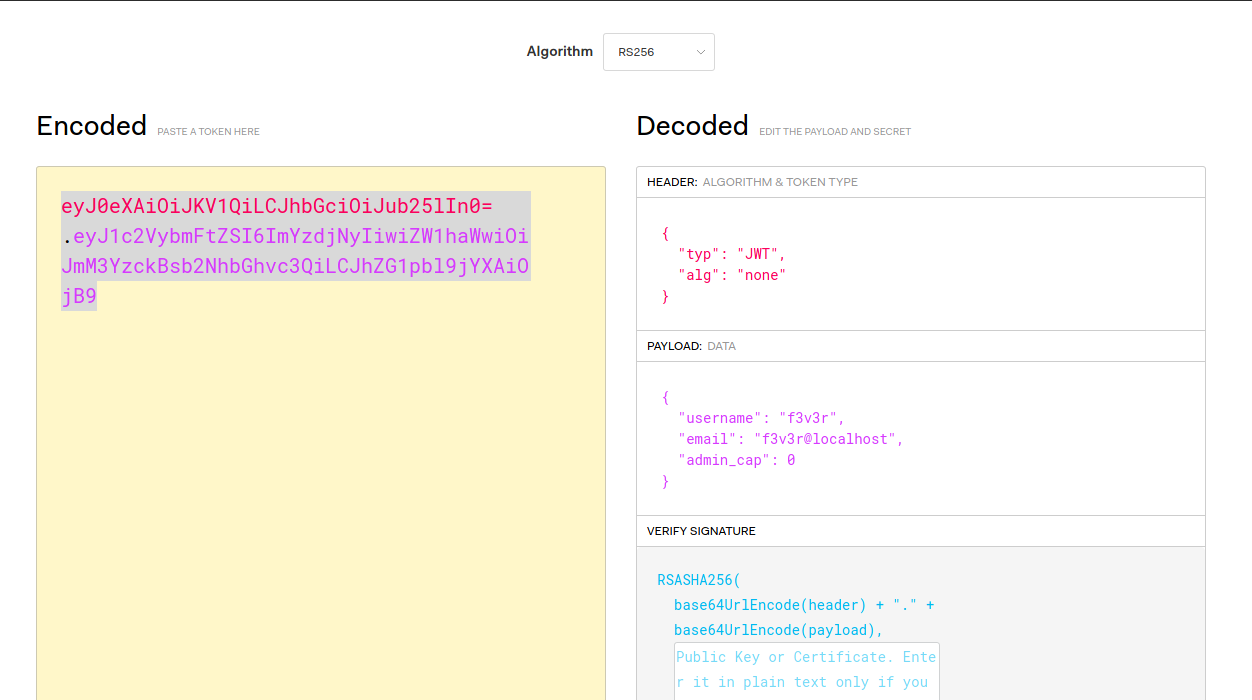 but that didn’t work. In the Above token we see something as kid so I thought of creating a token with key being served from a http server.

and trying that token we get admin panel access 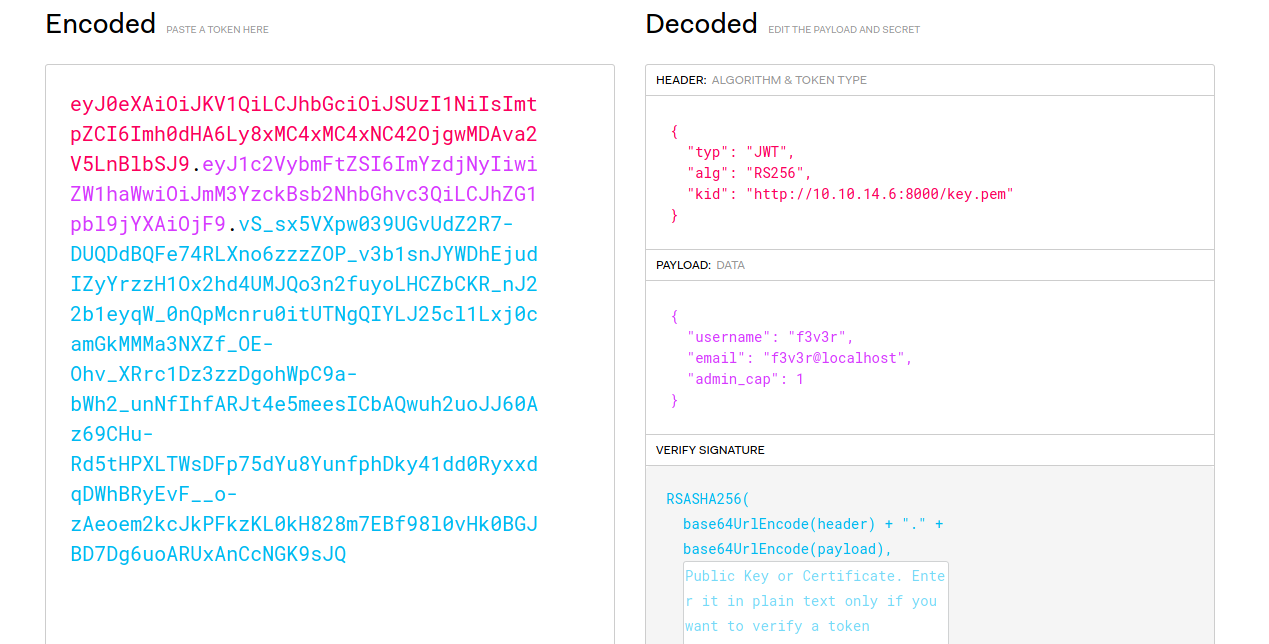 In admin panel we see we can upload any files.

Enumerating the box i found home.tar.gz in /var/backups checking that we find noah ssh key.

using that we can ssh on the box as noah

Enumerating the box more i saw

we know we can run docker exec in webapp

so i exec in the pod using

but exploring that was a dead end for me.

Going back to docker escape

to trigger in a different ssh session

and to build the exploit

and build the exploit by running

and using that i got root

After getting root i went back to www-data to noah path and thought about if there was any hint which i could have found to make that part easier. So I check the web-app database and saw if we had forgue the username as admin we could have also got few admin notes which told about there is a backup running.