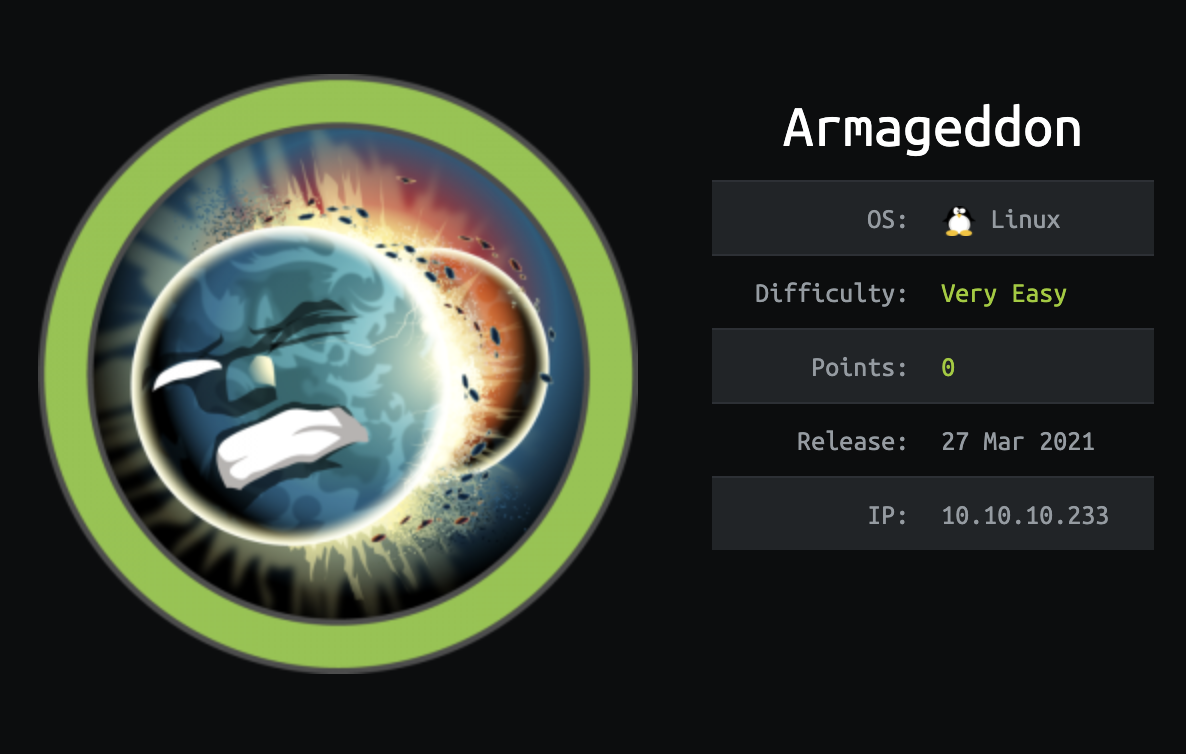 Armageddon was a easy linux machine by bertolis on HTB. Initial foothold was finding a drupal instance. and enumerating this more we find the version which has a unauthenticated RCE using which we get a shell. Privilege Escalation was exploiting sudo snap with gtfobins to get root.

Seeing a create user I tried to create a user 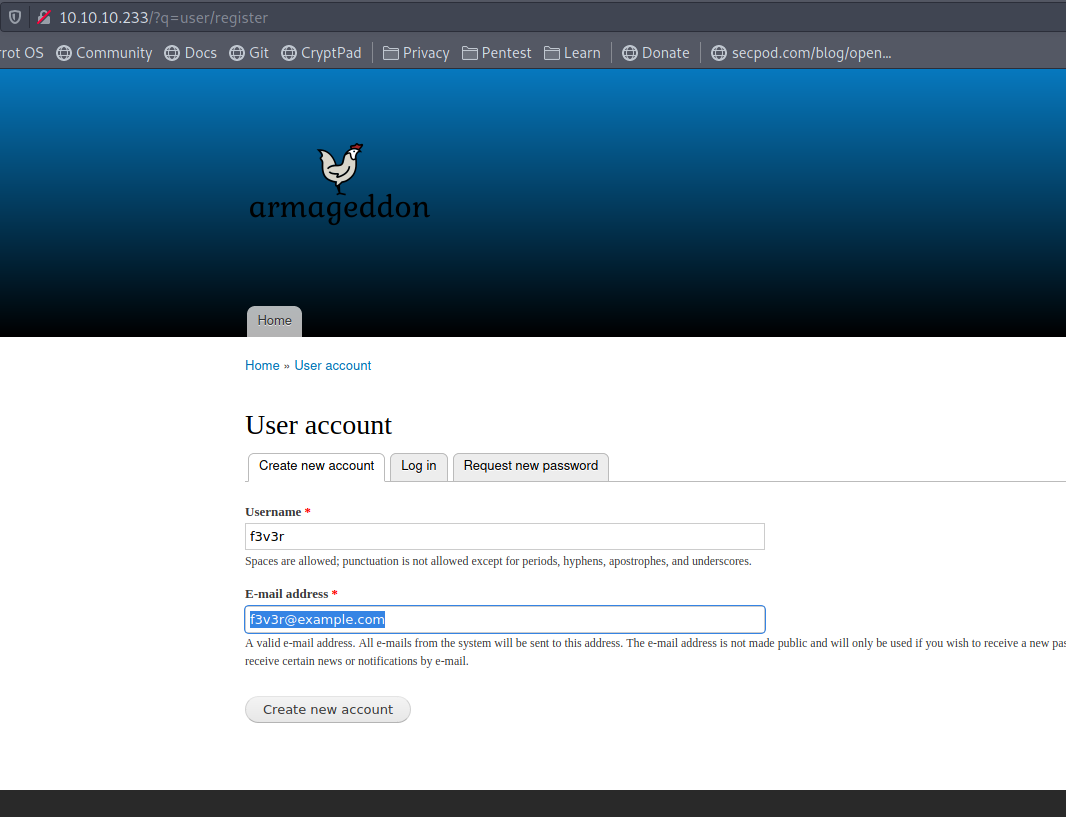 but we get an error as

In robots.txt I saw there is an entry for CHANGELOG.txt

We now know the version of the application

Googling for Exploit Drupal 7.56 I saw many RCE CVE

We also see we have metasploit POC too.

In the user dump we find password hash for brucetherealadmin as

we can try to crack that using john

Using the above Credentials we get user as

which created a new user with

using that we get root.

Note: We can create our own trojan package using snapcraft as shown in blog