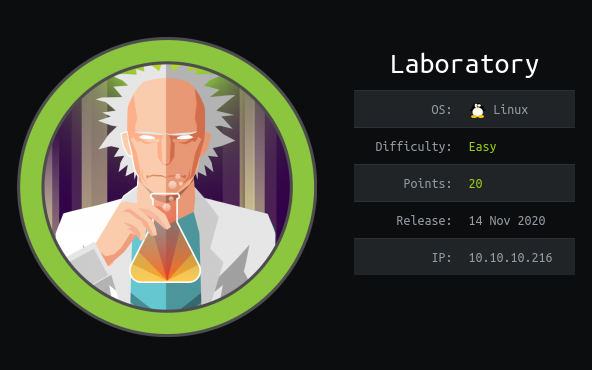 Laboratory an easy box created by Hackthebox user 0xc45.
Initial Foothold was finding a CVE for gitlab which gave us Arbitrary file read Later checking the hackerone thread for this issue we find that this can be converted to an RCE, using which we get the initial shell in a docker container as git.
Enumerating the box i decided to take a gitlab-backup and saw it contain a securedocker repository.
Extracting that we get user ssh key and get user shell.Enumerating the box again as dexter we see an interesting SUID binary.
docker-security So I ran ltrace to see what it is doing and saw it was using chmod but without absolute path. So using PATH hijacking we get a shell as root.

Lets start with a nmap scan 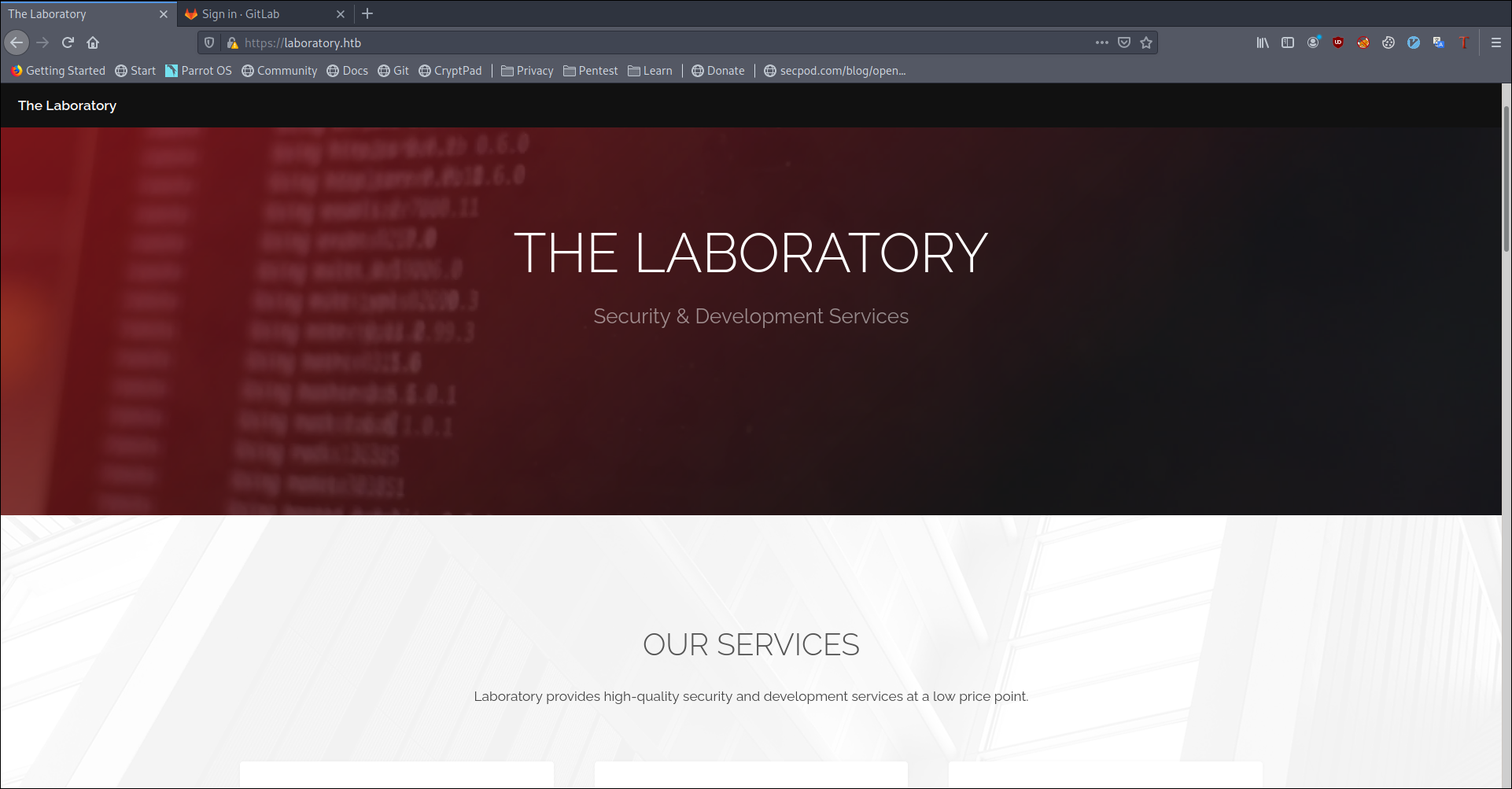 I didn’t saw anything interesting here and saw that it a .html static page. So i ran a gobuster and moved to next thing 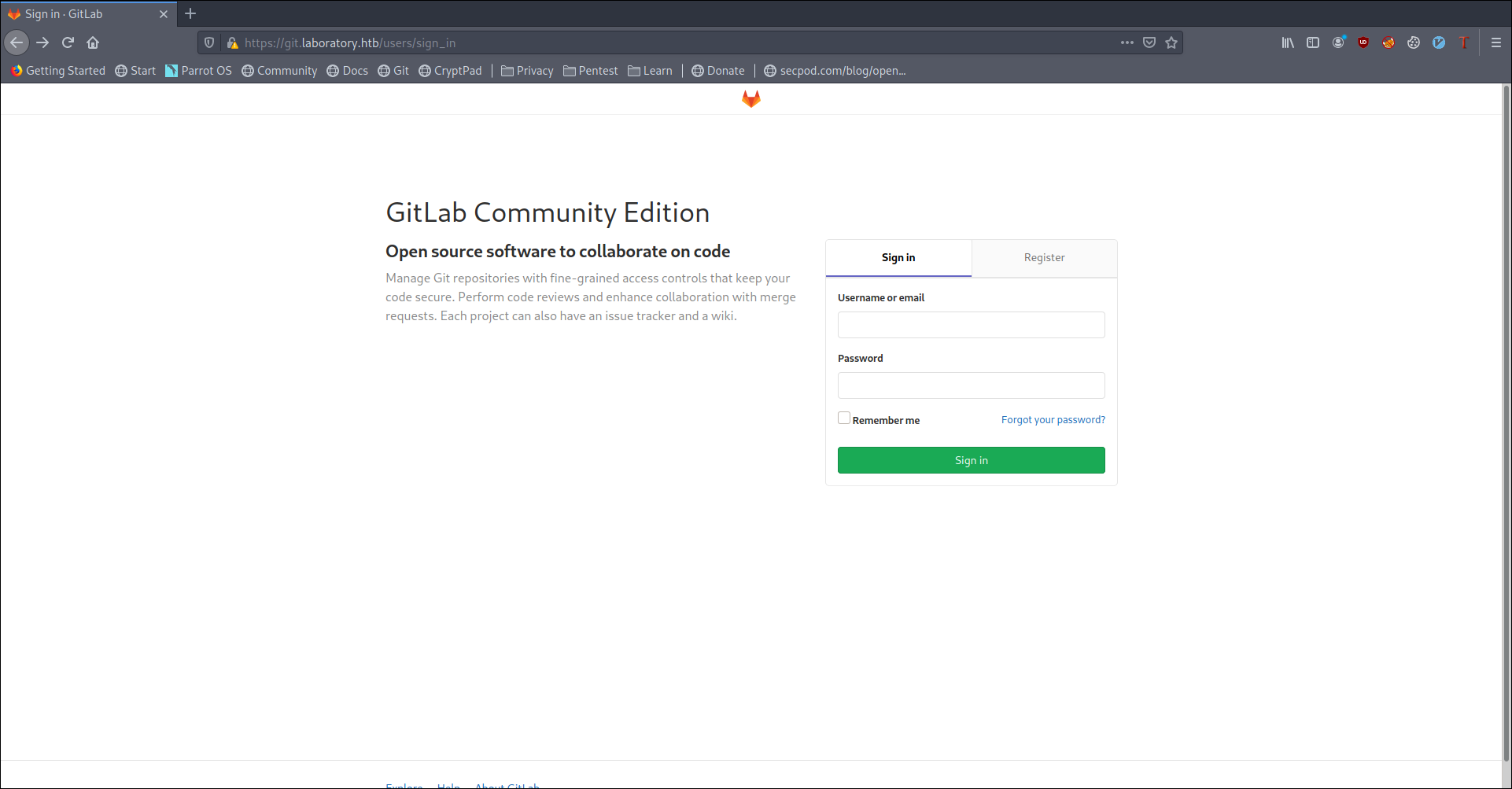 visiting https://git.laboratory.htb/help we see the version as GitLab Community Edition 12.8.1 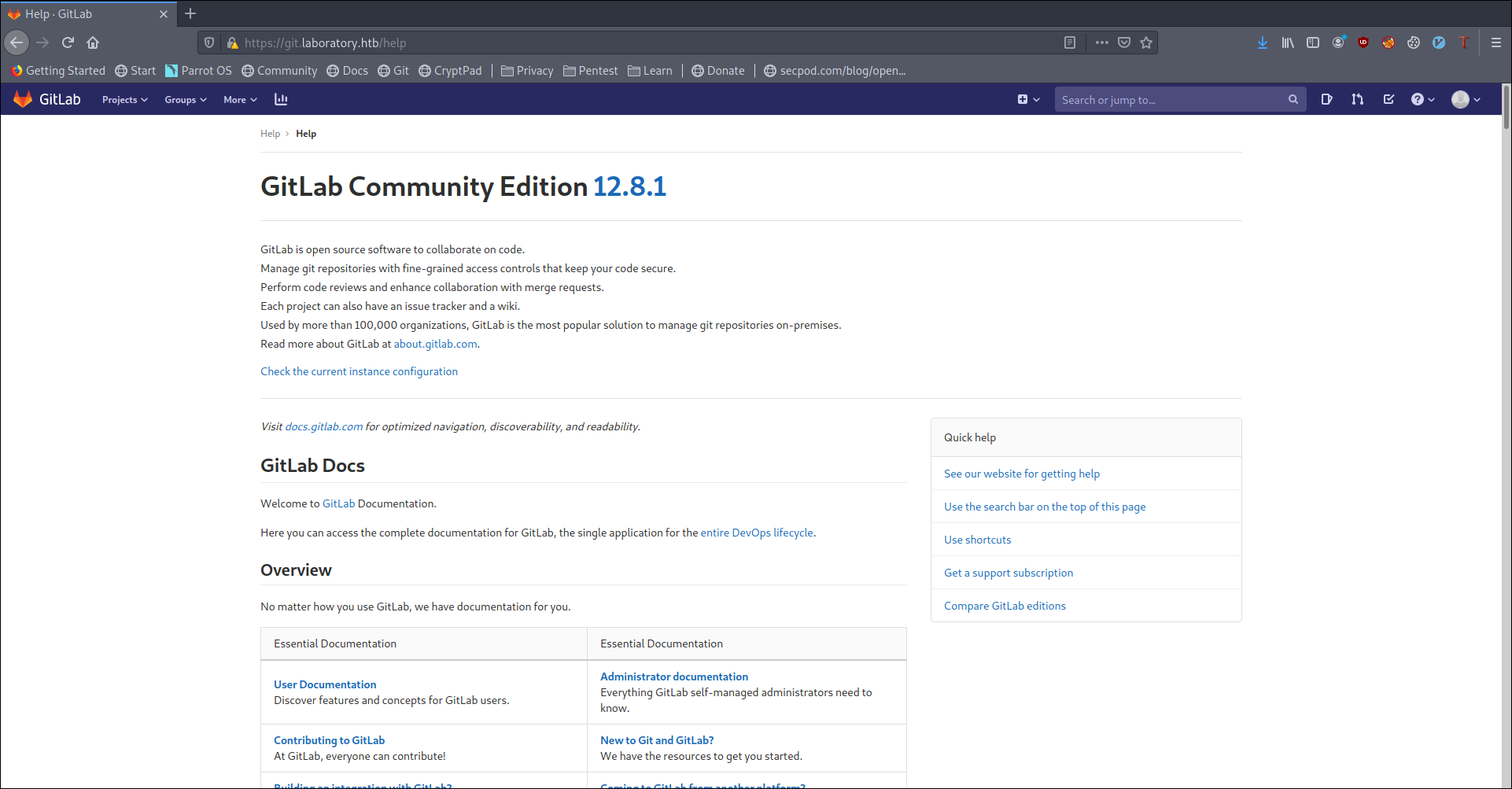 Checking searchsploit we see that we may have Arbitrary file read

Also with some google-fu i found the issue page

Lets try the steps to get the File Read

And we verify that we can do Arbitrary file read

Now what to read? So back to Google-Fu and found the hackerone thread for the issue.

And saw we can read

So i got a docker running gitlab with

and we can use

and we get a shell as git

Using the bundle i cloned that

Checking the repo we find the ssh key for dexter.

Using that we get user

So lets run ltrace and see what that does

and we can grab root.txt

and we have pwned Laboratory 💃