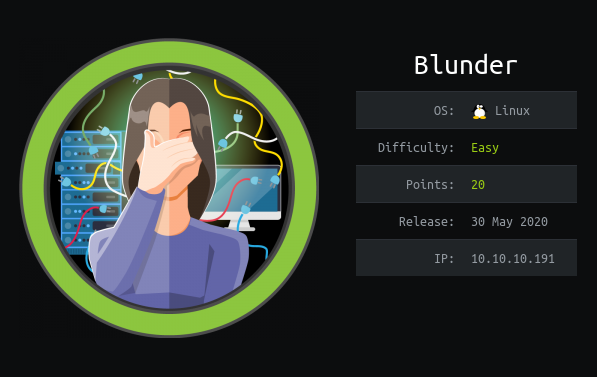 Blunder, a Linux box created by HackTheBox user egotisticalSW is an easy rated box.The Initial foothold was finding a username is todo.txt and brute-forcing the password with the wordlist created from the blog posts.Using metasploit we can get a shell as www-data and then finding a user.php which contain a password hash for user. Cracking the hash an using su we can get the user. Checking sudo -l we see we can run /bin/bash as different user and not root, and the version of sudo was Sudo version 1.8.25p1 which have a CVE using which we can get root.

little but of googling shows it is running bludit

an todo.txt and checking that we see

which give us a possible username as fergus

trying to brute-force the password we get IP blocked on the bludit. So I googled

and googling around we find article

using that i tried with rockyou.txt running for sometime i still didn’t got the password. As a last effort i tried

and using that script we get the credentials as

and checking the web 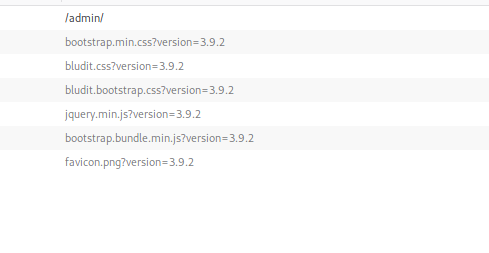 and we can get a shell using metasploit
as

we get a shell as www-data

After getting shell we find a file in /var/www/bludit-3.10.0a/bl-content/databases user.php

which contain a hash and cracking

we can run /bin/bash to any user but root

and we have pwned Blunder 💃

while doing the box i got in the rabbit hole after getting www-data. I saw /ftp folder and got that folder and was looking in that if that could get us user.